New Services to be Taxed

At the end of the 2018 legislative session, the Kentucky General Assembly passed a surprise tax bill that expanded the sales tax base and income tax base, in part to pay for income tax cuts for the wealthy.

Kentucky’s formerly progressive tax rate structure (where higher levels of income were taxed at a higher rate) was replaced with a flat 5% rate. This cut (biggest for the wealthiest Kentuckians) decreased revenue by $500 million per year.

In order to help pay for this, the sales tax will now apply to several services and filers will be able to take claim fewer deductions on their income taxes. The Kentucky Department of Revenue has a website to help answer questions about how the new law applies to you.  The cigarette tax will also be raised by 50 cents in an effort to offset the revenue lost from the flat income tax.

The combined impact of changes passed by the General Assembly in 2018 means low- and middle-income Kentuckians will pay more in taxes while higher-income Kentuckians, especially the top 1%, will see big tax cuts.

But won’t the flat 5 percent income tax mean everyone has more in their paycheck?

While some Kentuckians may see a bump in their paychecks, for most it will be offset by the expansion to services under the sales tax and by the combination of base-broadening and rate-flattening income tax changes.  Only the top 5% will receive a net tax break.  The Kentucky Center for Economic Policy has a deeper look at how the tax shift will effect different income levels. 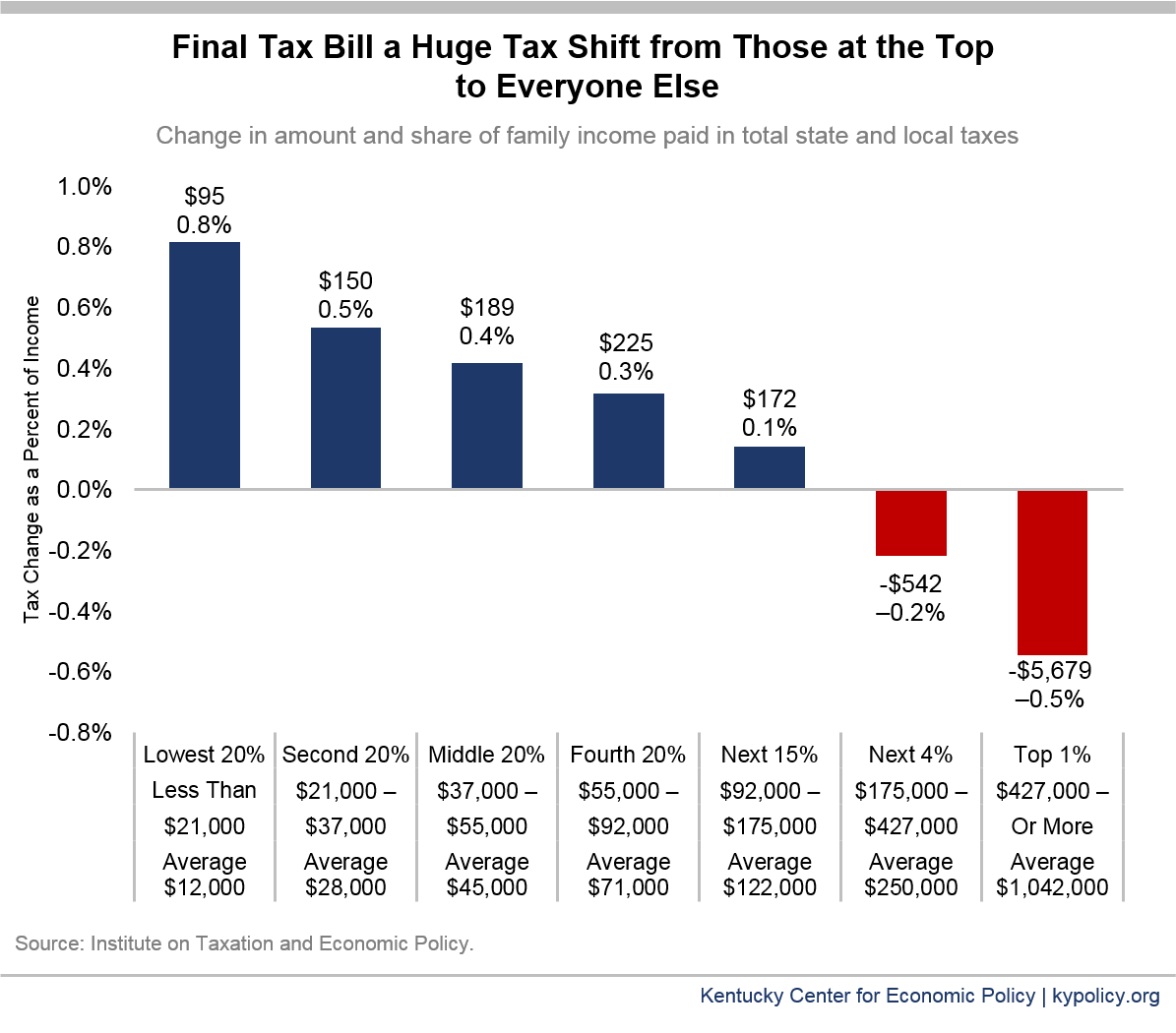