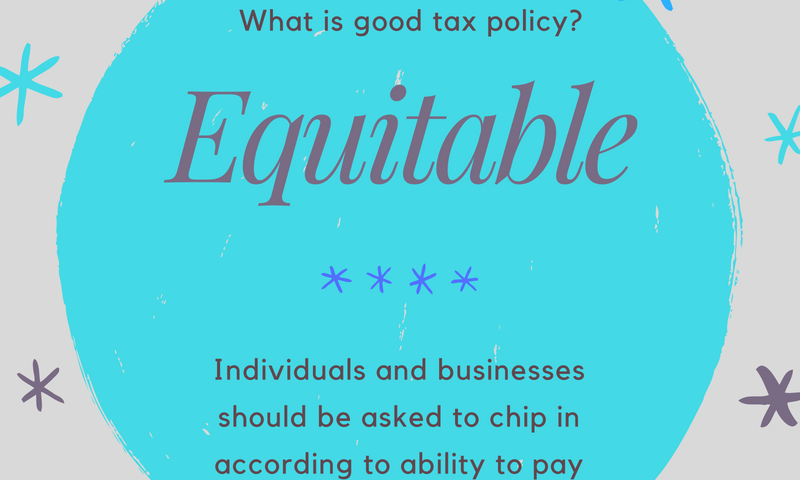 There are three main principles we should think about when considering how our tax code provides revenue for vital investments in our state:

In Kentucky’s case, the answer to all three of these questions is ‘no.’

We’ve already taken a look at adequacy and sustainability. In this post, we’ll take a look at why our tax code is inequitable and why a recent tax law has made it even less so.

An equitable tax code means that we’re all asked to chip in for the public investments (like schools, libraries, public safety, infrastructure and so much more) that we all benefit from according to our ability to pay. Simply stated – those who have more are asked to pay more.

Kentucky is upside down

Kentucky’s tax code as of 2017 was already upside down, meaning those at the top paid less as a share of their income than those at the bottom. 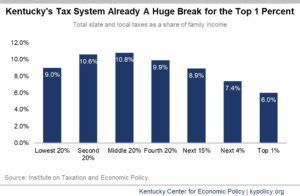 By asking less of those with more, we give a huge tax break to those at the top, we increase income inequality, and we limit the sustainability and adequacy of our tax code.

With significant changes in Kentucky’s tax laws beginning in 2018, households at different income levels will be impacted differently. There are two major changes for individuals:

These changes also shift reliance away from our more productive income tax, which tends to grow in line with our economy, to the sales tax, which historically has grown more slowly. When all tax changes are accounted for, 95% of Kentuckians will pay more taxes to provide a huge tax cut for the wealthy, making our tax system more inequitable. 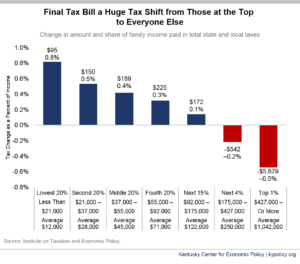 If our tax code were equitable by asking those with more to chip in more, we would have enough revenue year after year to make the investments in our communities that benefit all Kentuckians. With greater investments in education, infrastructure and more, we would be building the foundations of an economy that works for all and grows as a result. 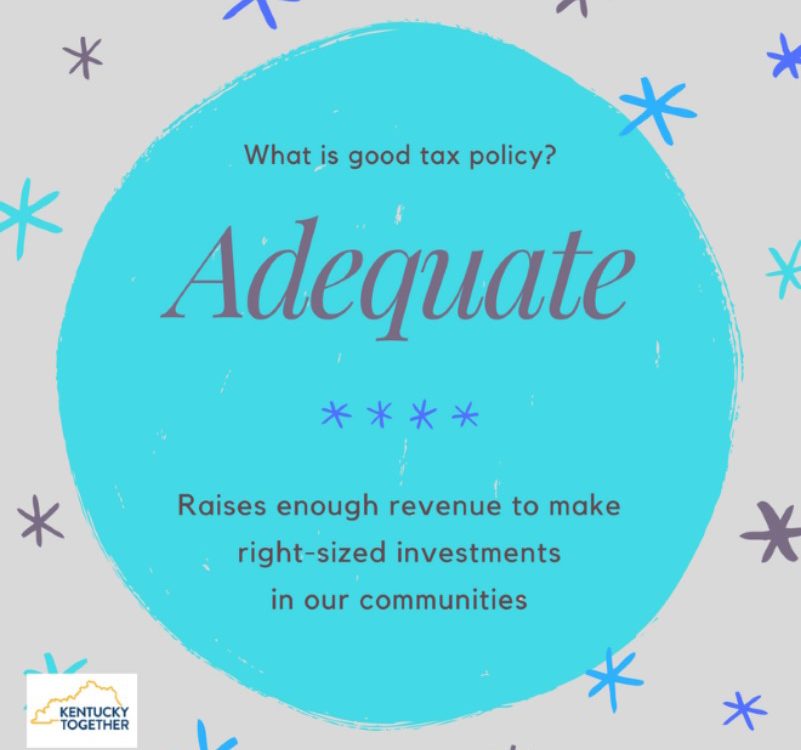