Q and A: How Funding for Domestic Violence Shelters Builds Thriving Communities

Opinion: How We Spend Reflects Who We Are

Q and A: Why Child Care Assistance Reimbursement Rates Need to Increase 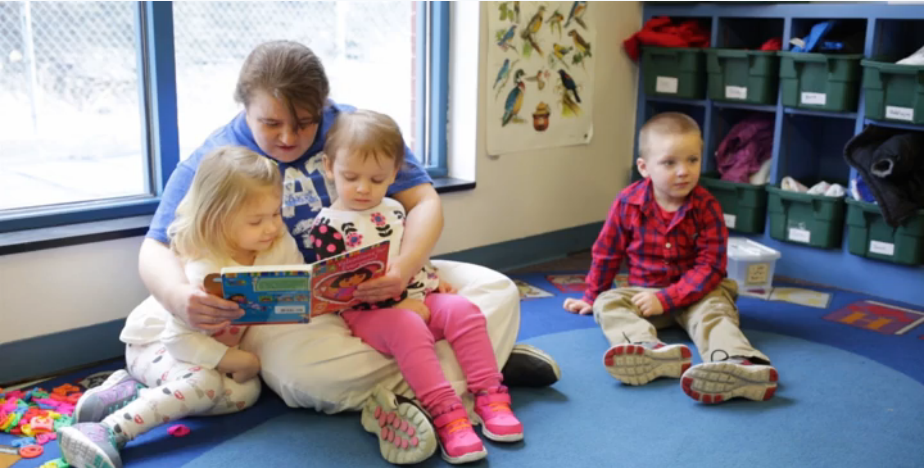 Like many other states, Kentucky operates a child care assistance program to help low-income parents while they work. But the program is vastly underfunded, putting a strain on not only child care providers – who aren’t receiving enough to cover their services, causing many to close – but also parents, many who don’t qualify for assistance because eligibility is too restrictive. Greg Doyle, senior lender with the Mountain Association for Community Economic Development (MACED), has seen firsthand what low reimbursement rates have meant for many child care providers — an out of business sign.

Q: What is MACED’s role in Eastern Kentucky communities?

A:  Our role in Eastern Kentucky communities, I think the bottom line is we try to help improve the quality of life for people living there and we do that in particular ways. My particular program is focused on trying to create more diverse and more numerous employment opportunities for people living there so they have reasons to stay in the region instead of leaving the region to seek employment elsewhere.

Q: And how does MACED’s loan program help do that?

A: Well we normally make loans to businesses, to help businesses get started or to grow or in some cases just survive. In doing that our hopes are that the businesses will, at least with time, or with a start-up business, or one that’s getting ready to grow substantially in a pretty short order, will start creating more jobs that are produced locally in the sense that the entrepreneurs live there in the community, they are creating jobs for other people that live in the community, so that’s our hope, that there will be more jobs created with our financing, with our technical assistance, to these businesses.

Q: As part of this work, you’ve worked with child care providers currently and in the past?

A: At one point, we probably had 8-to-10 child day care centers that we had worked with. In most cases we had either funded them with loan capital or we provided technical assistance or both. And I think we are down to one or maybe two right now. From our perspective it has always been a very tough business model for folks in our region, primarily because of the relatively low income levels for a lot of the residents and they have a very limited capacity to pay, at least pay any sort of market rate for day care centers.

A: I think in most of the counties we serve, they’re economically distressed. They’re essentially in the poorest 10 percent of counties in the United States. And we have quite a few of them, frankly, in our service area. And the poverty levels mean there are many families, with children, living there that don’t have the income it takes to pay a market rate, or market price, for day care services. Certainly without the capacity to use those services, it limits the parents’ abilities to find employment, because someone has to look after the kids. The state, for many years, has offered subsidies to day care centers or to families who have kids in day care centers to help off-set some of that cost for the poorest families. That’s helped to some degree, but we’ve also found that the rate that is paid is pretty stagnant and frankly covers a relatively small portion of the actual costs to provide these services. So it has helped the families in some sense get their children in child care where they otherwise couldn’t afford it, and they would have to make other arrangements, maybe one of the parents doesn’t work as a result which means less income for the family. But it also has been enough that it has incented certain people to open day care centers in certain communities to offer these services with the assumption these state subsidies would be enough, along with the few parents that could pay something closer to a market rate, to make it a viable, sustainable business operation. And a think a lot of them learned that what the state was providing wasn’t enough to help them even cover costs. So it was sort of a double-edged sword, it did maybe help create some child care centers, but a lot of them were relatively short-lived once they realized it wasn’t a viable economic model if they were pretty dependent on the state’s subsidy program.  And most in our area were dependent on that program.

Nearly 1 in 5 Kentucky parents have said that lack of child care services have prevented them from working. In order to build thriving communities and allow parents to work, we need to fully invest in our state’s child care assistance program.